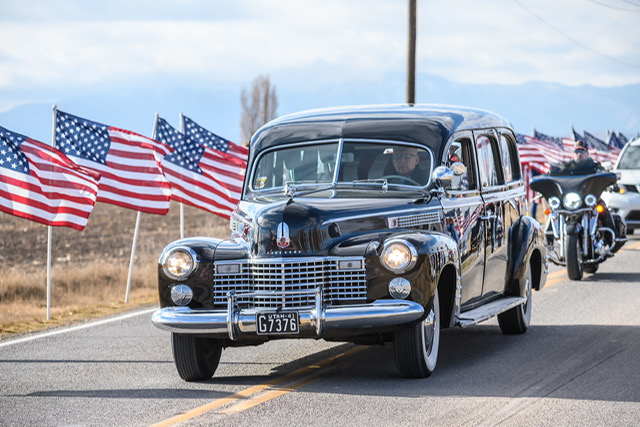 Follow the Flag was honored to be asked to help welcome home Max Lower, a WWII hero who had been missing since his service in the US Army Air Corps.

Soon after Pearl Harbor was attacked he enlisted voluntarily. Due to modern science and forensic evidence being uncovered by dedicated organizations, these heroes who lost their lives decades ago in our nation’s wars are coming home to be buried in their rightful places, with many of their extended family in attendance. We stand by to support and welcome home these heroes.

Max Wendell Lower was born in Twin Falls, Idaho, March 3, 1920. He came to a farming family, and was the first of six children. Max’s parents, Steven and Oka Lower, moved the growing family to Lewiston, Utah, in the spring of 1926. Farming is what sustained the family through the Great Depression, as he grew up. He also completed his education while there, graduating from North Cache High School in 1938, and briefly attending Utah State Agricultural College. This institution preceded today’s Utah State University.

The entire country was shocked by the bombing of Pearl Harbor, December 7, 1941. Max quickly recognized that young men were going to either be called up in a draft, or enlist in the military service of their choice. He vowed that he wasn’t going to trudge through a war, but rather fly over it.

Twenty-seven days later, shortly after New Year’s Day, 1942, Max got a lift from the driver of the truck that came to collect milk obtained from the cows on the family farm. He went to nearby Logan, and enlisted in the U.S. Army Air Corps, predecessor to today’s U.S. Air Force. After training, Max was assigned to serve the Air Corps in Africa. He flew on dozens of missions, providing limited information in weekly postcards to home, about specifics of those missions. This was due to censorship of communication by servicemen to the home front. He was excited to write one card, to tell his family that he was flying on a special mission shortly. It would be his thirty-third mission, and because he had exceeded flying his required thirty missions, he would be coming home after that.

Max’s B-24 Liberator bomber, named “Old Baldy,” took off on the special mission, from a Libyan airfield, near Benghazi. Their flight was going to be the equivalent of flying from Lewiston, in northern Utah, to Chicago, and then back. To avoid detection, they would fly as low as possible with the other bombers over areas with German radar. They would maintain the same strategy over the target area, in an effort to improve accuracy and maximize destruction of targeted oil refineries.

A journalist, Frank Gervaski with Collier’s Magazine, who had previously flown with Max’s crew (“embedded” in todays’ terminology,) wrote in the publication about the completion of the mission, and of Old Baldy, safely returning to her home base. Max’s mother wrote to the journalist, to tell him, “What you wrote is not true. The Army has told us Max is missing in action.” Indeed, the sad day had come when two Army personnel had stepped out of an olive drab, Army car with a star on the side of it. They had come to Lewiston to deliver the telegram containing the terrible news, to the Lower family. Max’s status remained murky for years. He was later classified as “missing and presumed killed in action,” one year and one day after the raid.

The bombing mission to raid the Ploesti refineries in Romania, inflicted serious damage, but rapid repairs enabled output of refined oil to actually increase within a couple of months. The military had named it Operation TIDAL WAVE. Of the one hundred seventy-seven B-24 bombers that started the mission, fifty-one were lost. Only thirty-one of the remaining, damaged bombers ever flew again after the mission.

The War Department later ascertained that twenty-two of the missing bomber planes had fallen in the immediate vicinity of Ploiesti. The Romanian government reported they had buried 216 American, but only were able to identify 27 of the bodies. Private citizens reported they buried more unidentifiable bodies in the Hero Section of the Civilian and Military Cemetery of Bolovan in Ploiesti.

It was the only mission of World War Two in which more airmen lost their lives than military and civilian personnel killed on the ground. Five airmen were awarded the Medal of Honor, the most ever for a single raid. That was small consolation for the families of over two hundred killed, and over a hundred captured. Air Corps personnel came to call August 1, 1943, Black Sunday.

The war in Europe ended in May of 1945. Prisoners started to trickle out of prison camps. Information started to flow more freely with the cessation of hostilities. Still there was no definitive answers about the fate of Technical Sergeant Max Lower, the Radio Operator and Waist Gunner of Old Baldy, and his fellow nine crew members.

Some years later, in 2009, a story trickled out of Romania of one particular incident in the raid. Some monks from a nearby monastery had buried bodies in a mass grave. Three days prior, one had witnessed a low-flying bomber be hit by an 88-millimeter, anti-aircraft-gun round. This same weapon was used by Germans throughout the war to punch holes in steel, tank armor, no matter the thickness. An aluminum-skinned airplane, provided no protection from such a projectile.

According to a priest that witnessed the encounter, a round from the cannon struck Old Baldy in the nose of the plane, and then exploded in the interior. The shattered remains of the plane traveled for a few more hundred yards, before violently crashing on top of the large gun that had fired the lethal round. All members of the plane, and all of the members of the gun emplacement were instantly killed. A large, white cross marks this spot to this day. It is called the Corlatesti Memorial, in remembrance of the Romanians that perished there. Sgt. Lower’s body, and those of his other unidentified comrades, were eventually disinterred in 1948 from a mass grave in Romania. They were moved to the American Cemetery at Neuville-en-Condroz, Belgium. Here the story became one of not of servicemen missing in action, but servicemen unable to be identified. The remains languished, with no effective way of ensuring that respective families receive the positively-identified remains of their loved ones.

Time passed. Sgt. Lower, remained ever youthful in the memories of family members, friends, and other loved ones. His picture reminds everyone that he will be perpetually 23-years old, while those left behind, aged. The next family member to leave this mortal probation was his father, Steven Samuel Lower. He was a man who had been a runner/messenger in the gas-filled trenches of World War One. He certainly never wanted any of his children to be exposed to the horrors of war. Helen, Steven’s middle daughter remembers her father only shedding tears twice in his life. Once as Max got onto a train to his first assignment in the military. The second time, was when the fateful telegram arrived in Lewiston. The beloved matriarch of the family, Mary “Oka” Litz Lower, followed a number of years later. She had helped hold the family together through trying times, including the loss of her eldest child.

Again, time steadily marched along, and unfortunately it didn’t seem it was much longer before one of Max’s two brothers, and two of his three sisters were joining him. Bartley Litz Lower, Anne Lower Jardine Rhinehart and Mary Oka Lower Maughan would welcome his warm embrace. Even a girl who planned to wait for Max to come home and marry her, instead married another man, and passed away not that long ago. For Max’s surviving siblings, Helen Lower Simmons and Samuel Steven Lower Jr., electrifying news came in April 2017. The American military mantra of “no man left behind” and advancing technology in utilizing DNA to identify remains were combining to answer the unresolved mystery of Sgt. Lower’s precise whereabouts. They were contacted by representatives of the office of Defense POW/MIA Accounting Agency. The Agency was seeking DNA samples, to positively identify whether skeletal remains in Belgium, belonged in part, to their missing brother.

A dedicated staff of genealogists, forensic anthropologists, and specialists in the science of DNA were ultimately successful in completing their sacred task. The casket bearing the mortal remains of Technical Sergeant Max Wendell Lower, will be solemnly greeted by a military honor guard, on the tarmac at Salt Lake City International Airport, Thursday, November 21. It will be transferred to a waiting hearse. Max will then make his final trip home to Cache Valley.

Outside of Florence, Italy sits another American Cemetery. In addition to 4,393 service members buried there, it contains the Wall of the Missing. One thousand four hundred and nine names are inscribed on the large plaques mounted to the wall. Shortly, a rosette will be placed next to Max Lower’s name. It will signify his arrival back to Lewiston. 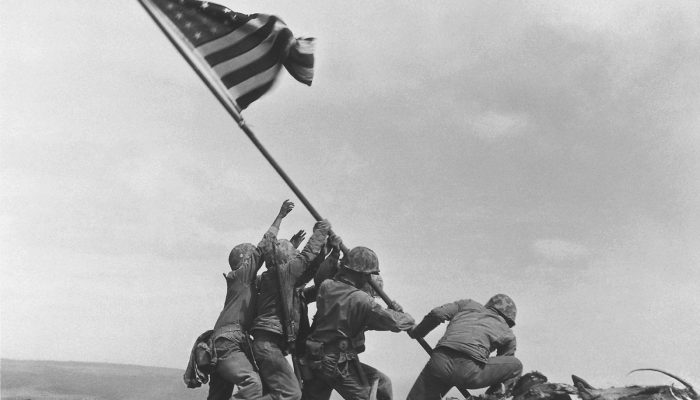 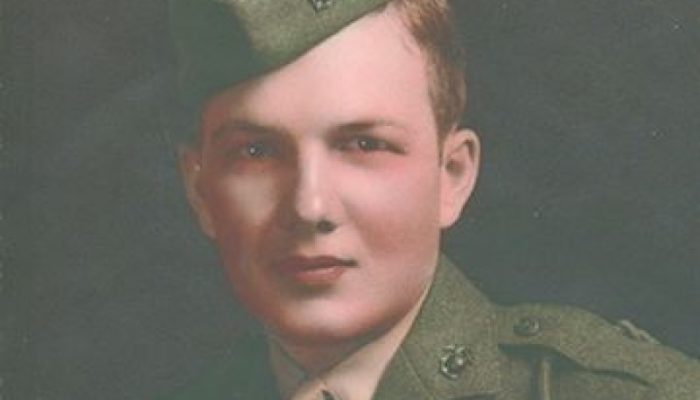