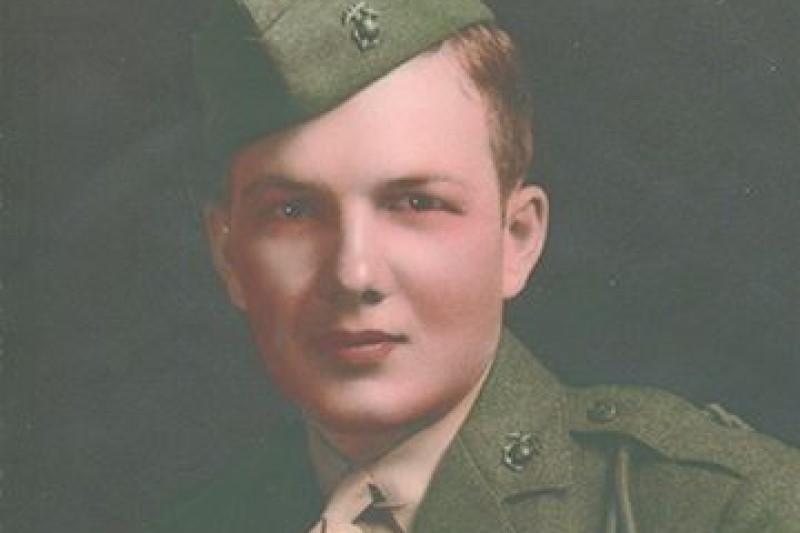 Marine Pfc. Robert James Hatch was brought home to Bountiful Utah and laid to rest after being missing for 76 years.

“Jimmy”, as his family and friends called him, had left college in Logan Utah after the attack on Pearl Harbor and traveled with his brother Clyde Eugene Hatch back home to Bountiful to enlist in the Marine Corp.

Jimmy’s survived the Marine’s campaign at Guadalcanal and was then sent to the small Pacific Island of Betio. He was killed there on Nov. 22, 1943. His younger brother Gene died just months afterward on the island of Guam and was returned home in 1948. The family knew that Jimmy had been buried on the island but his remains had never been identified and he had not been given the proper burial.

Thanks to the hard work and dedication of the non-profit group Honor Flight, Jimmy’s remains were identified though dental and anthropological means and in 2019, the family was made aware that his remains would be brought back to his hometown of Bountiful Utah for proper burial. He is buried next to his family and younger brother Gene.

Follow the Flag was honored to be asked to provide support for these graveside services. The weather was rainy and cold but the weather broke just long enough for all 400 flags to be set up at the cemetery and welcome the family of a WWII hero home. We hope the family knows how happy we are that this young Marine is home and that we are grateful for their family’s sacrifice and Jimmy’s willingness to fight and die for our country. His memory will not be forgotten. Thank you to the family for inviting us and including us in the great honor that it was to welcome Jimmy home. 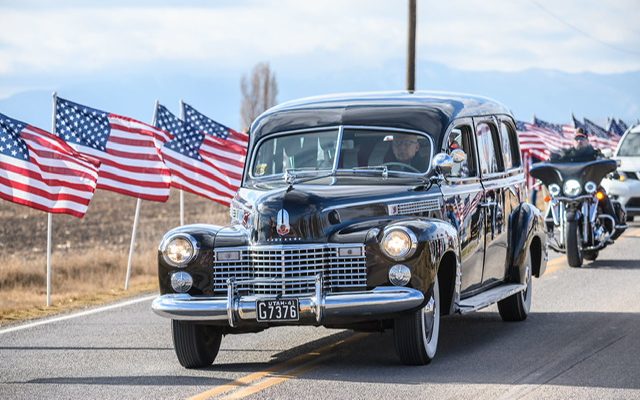